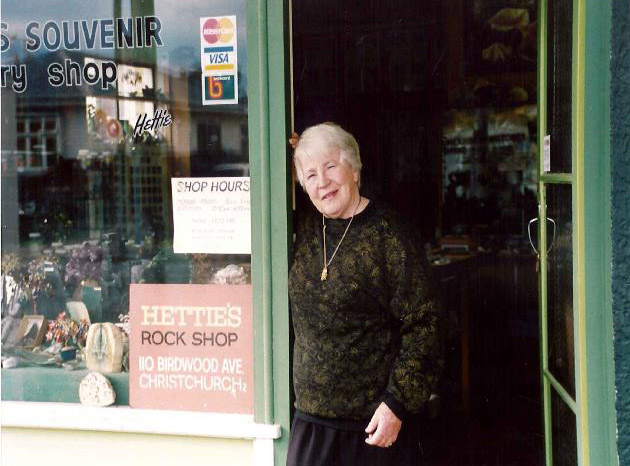 HETTIE was one of the first people in
New Zealand to sell crystals for their Metaphysical uses.

Over the years she was well sought after for her vast collection of Rocks and Crystals, and also her extensive knowledge of the subject. 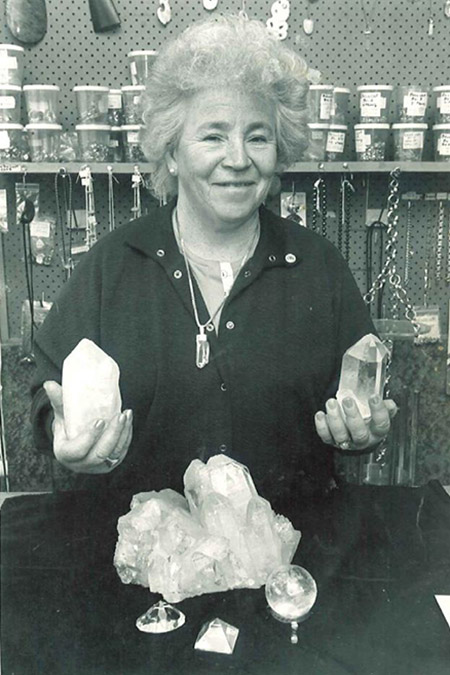 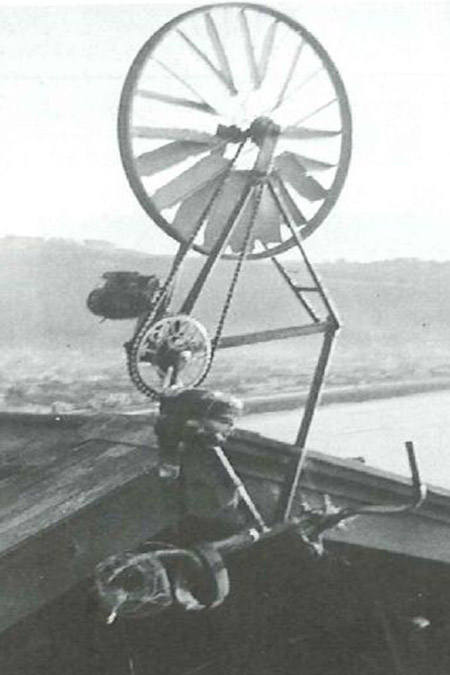 Above left: Not only did Hettie sell Rocks & Crystals, but from the begining she made many items like jewellery, polished tumbled stones, gem trees...

Above right: Hettie was always a bit of a character. This picture is her invention of a home made gemstone tumbler. It was wind powered and had barrels with rough unpolished stones attached to the pedals.

Whenever the oppurtunity arose, Hettie would be out Rockhounding. Much of the orginal merchandise for sale in the shop was collected by her. Infact she discovered many of the localities still used today, some even named after her. 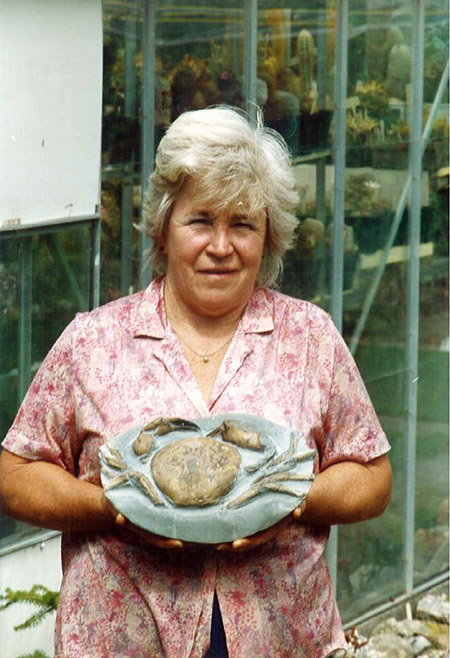 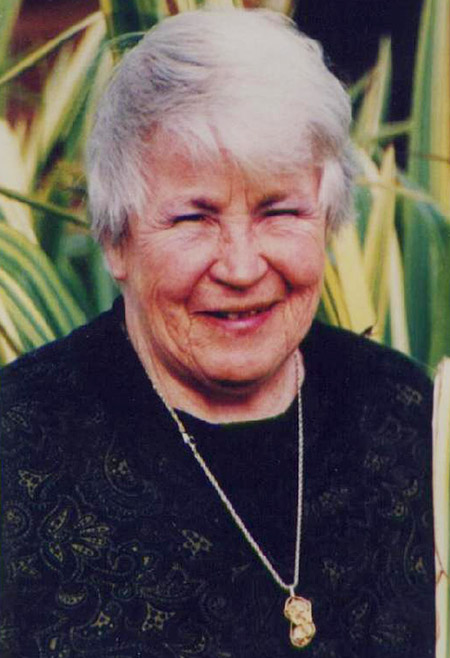 Above left: Here Hettie proudly shows off a 15 million year old New Zealand fossil crab. Many hours must have been spent preparing this ancient fossil for sale.